This teapot has a tag on the bottom which says:

Serrv
Made in Indonesia

“One of the first fair trade organizations in the United States, Serrv was established in 1949 to help displaced refugees trade their handcrafts for income after the Second World War. As a founding member of both the World Fair Trade Organization and the Fair Trade Federation, we’ve steadily increased our impact in the fight against global poverty. Today we employ and empower nearly 8,000 artisans and farmers in 24 countries.”  (Serrv) 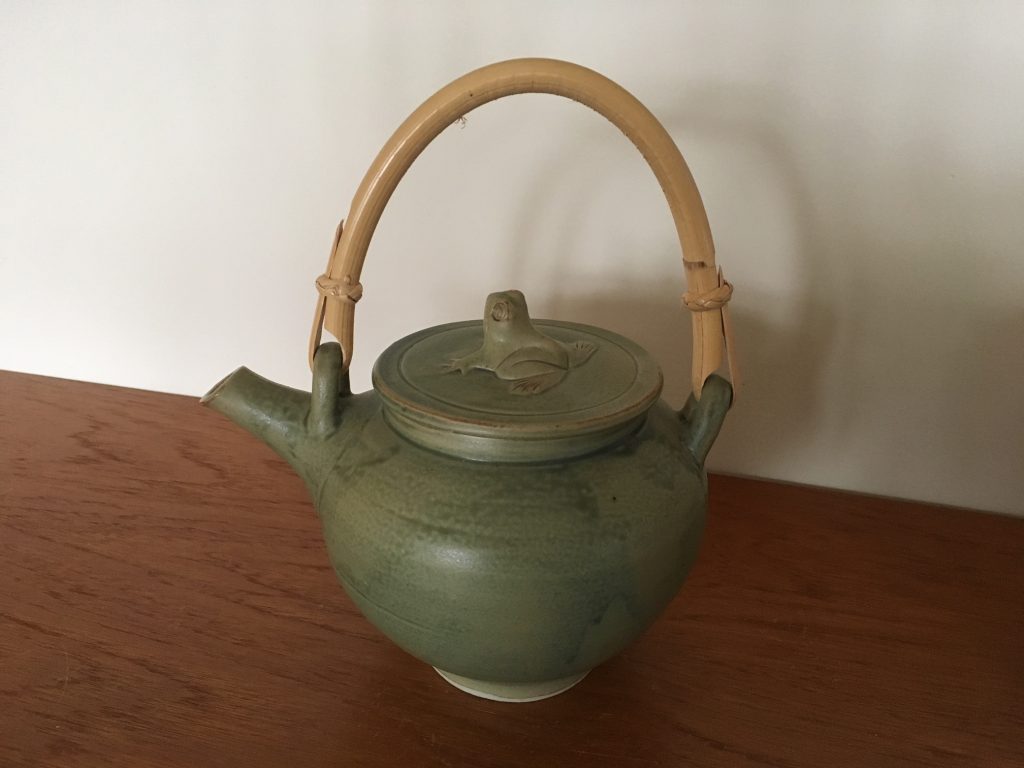 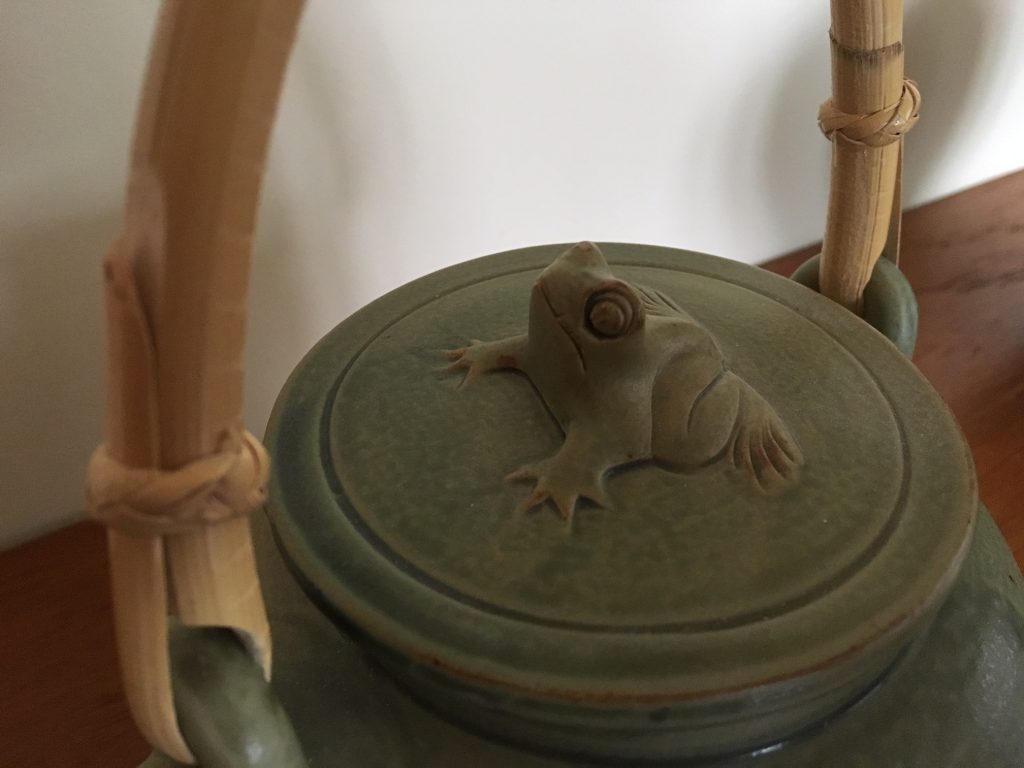 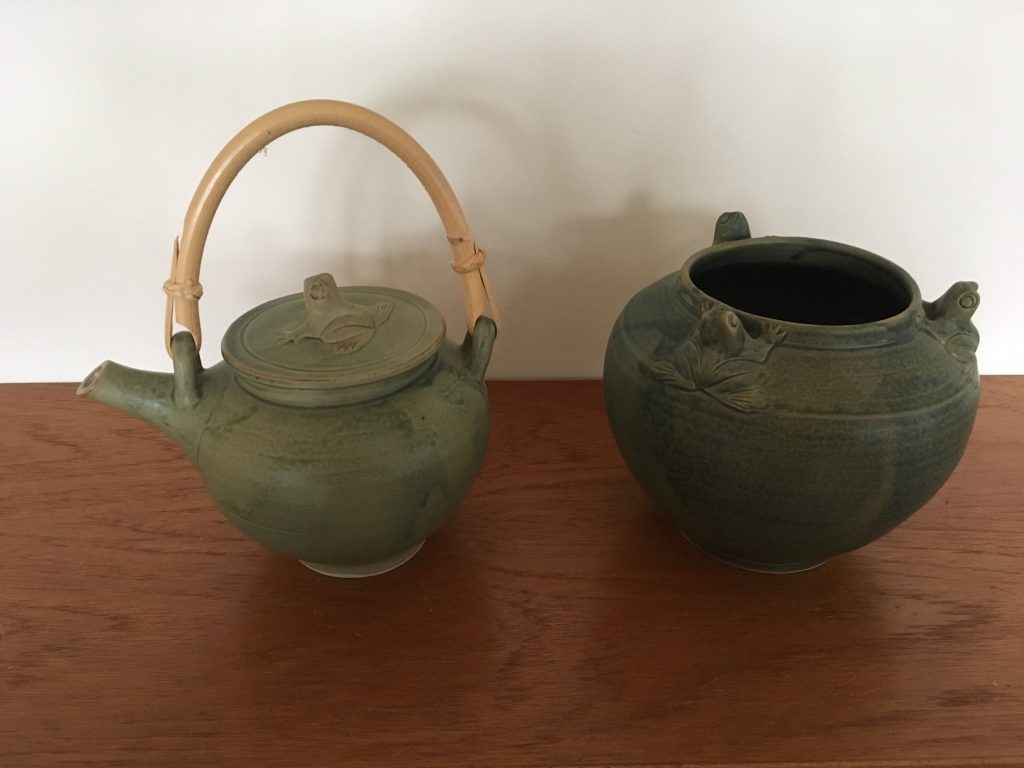 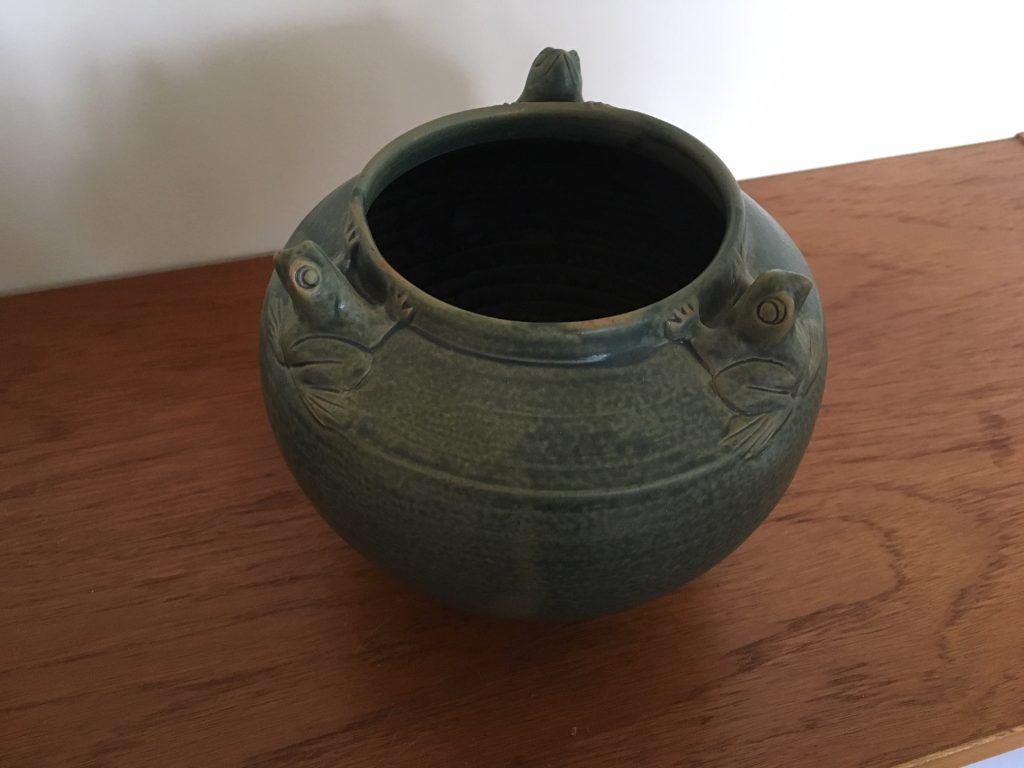 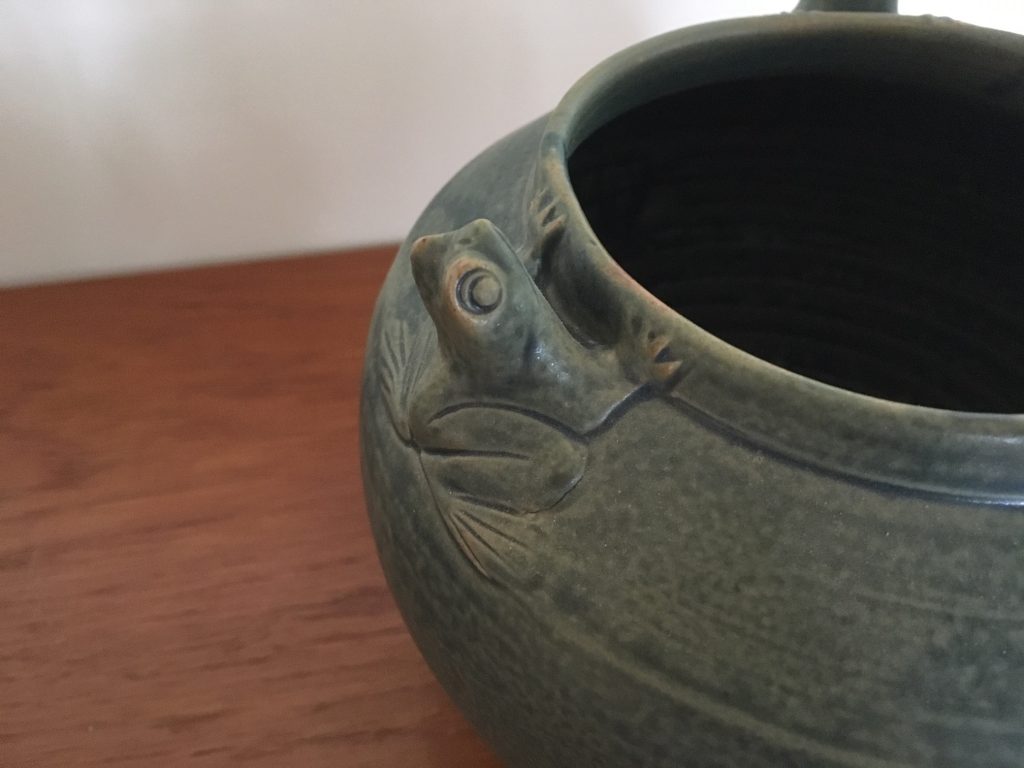