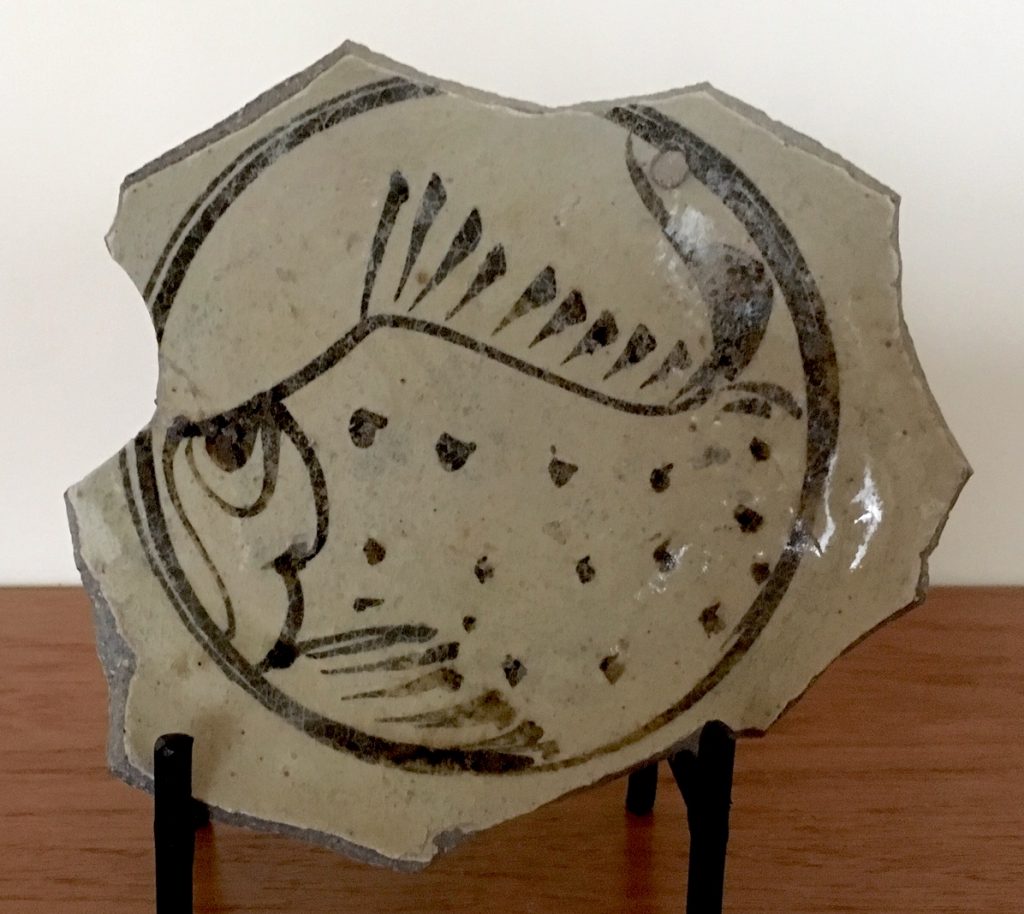 This is the center of a broken plate with a stylized fish drawn in the glaze.  It probably came from Sukhothai, in central Thailand.  There are 5 evenly spaced dots on the front – scars marking the supports which held up the plates in the kiln.

Sukhothai is a part of Thailand that was settled in the 13th century, and was producing ceramics at least by 1300.  Several shipwrecks that have been discovered in the South China Sea contain many ceramics from this area, indicating a thriving export trade.  One of the ships on which ceramics were discovered is the Turiang (named by the archaeologist who found the wreck), tentatively dated between 1305-1370.   A large number of the ceramics on the Turiang were plates with fish decorations.

More on the Turiang shipwreck, and the ceramics found on it.

Information on Sukhothai ceramics from the Southeast Asian Ceramic Society:
“From the historical point of view, the principality of Sukhothai was established “between 1220 and 1250 when, according to Thai history, it broke free from and allegiance to Angkor….By 1300, the Sukhothai kilns were in full production, indicating a strong relation between the founding of the kingdom and the increase in production.
Sukhothai is famed for its stoneware of plates, dishes and bowls, having an underglaze iron black decoration of fish in the centre, encircled by rings.  Other Sukhothai characteristics include:
a circular scar with evenly space unglazed dots (usually five) in the centre that is sometimes integrated into the fish designs; a white slip showing on the base; a coarse, grainy, greyish (sometimes brownish) body with white particles.”