“Doug is a New Zealand artist who carries an international reputation earned by the superb quality of his skill as a creator and carver of netsuke.

Inspiration from the Maori style and tradition of wearing an amulet Doug began carving in 1982, making pendants and sculptures from cow bone.  In 1986 as his carving improved he began to realize that the tools, media, design and techniques were similar to those of Japanese netsuke carvers.

Netsuke is a traditional Japanese art form of miniature sculpture developed over several hundred years. The book The Art of Netsuke Carving by master netsuke shi, Masa Toshi gave Doug the inspiration and insight to pursue his carving in a more serious manner.  In 1988 with assistance form the QEII Arts Council Doug travelled to Japan and meet with the late Mr M. Yamada, Japans foremost netsuke dealer.  Since then Doug has made numerous trips to meet with and exhibit alongside Japan’s leading carvers.”   (Kina NZ Design + Artspace) 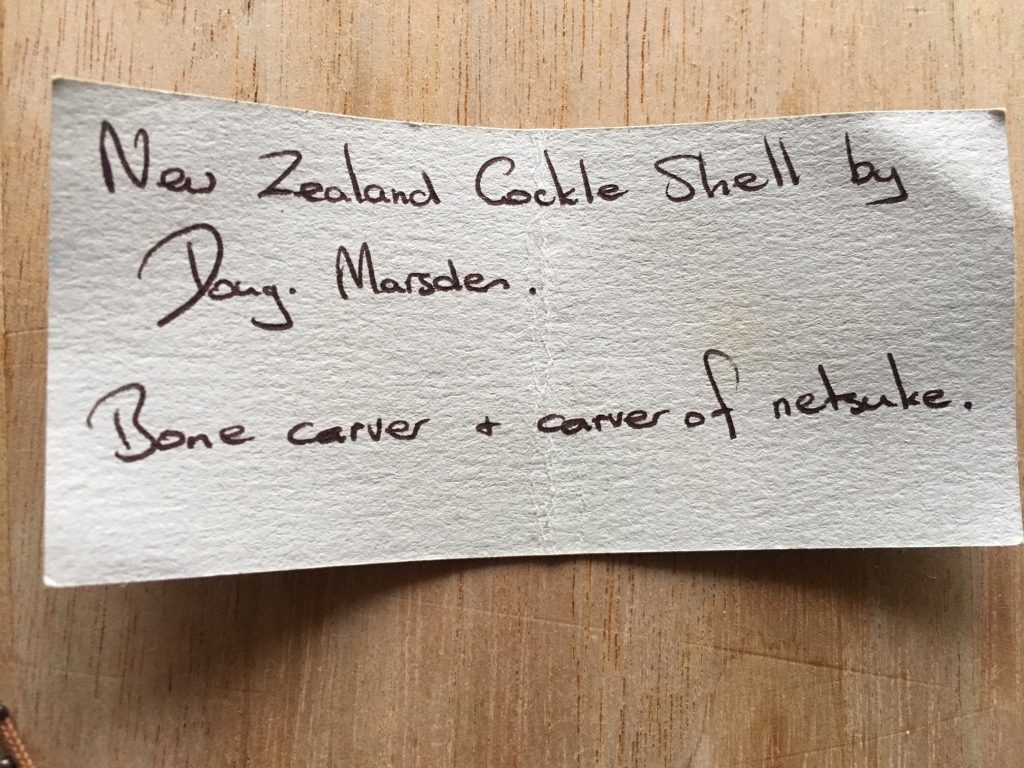